Sunset with the one you love, surrounded by your tribe of lovable rescue dogs – does it get any better? For Courtney and Jake, this is the epitome of the best evening, walking hand in hand as the sun sets with their chow-mix Lili, shiba-mix Lulu, and St. Bernard Daryl running playfully by their sides. It’s something they enjoy doing together and reflects their personalities so well that we decided this was the perfect theme for their evening engagement session!

Jake and Courtney currently live in Los Angeles, California where Courtney volunteers with a St. Bernard rescue centre, and Jake plays NHL defence for the Los Angeles Kings. However the place closest to their hearts is their hometown of Woodstock, Ontario. No matter where they seem to travel, Woodstock has always been home to them, and has been the place of so many of their fondest memories.

High school sweethearts Jake and Courtney met in Woodstock and formed a close friendship built on a love for adventure, animals, and the outdoors. Jake’s thoughtfulness complemented Courtney’s big heart, and the two quickly became inseparable. Over time, as Jake traveled for work and distance became unbearable, they realized they never wanted to spend another moment apart, so Jake asked Courtney if she would be his every good morning and late goodnight for the rest of their lives no matter where they were. She couldn’t have been happier to say yes! From there, this family of two quickly grew into five as Courtney and Jake began sharing their love and home with three special rescue dogs. It’s something that’s bonded them together and continues to play an important part in their lives.

Jake’s career has brought the five of them all over the world, whether it’s to the top of Europe or across North America for tournaments and world cup playoffs. But no matter the distance or timezone they find themselves in, Courtney and Jake have found a home and family in one another. They’re the sweetest couple!

Jake and Courtney, we loved getting to know you. Spending the evening with you and your adorable fur balls was a blast. Your gluten-free brownies were a delicious surprise for our trip home! We can’t wait to see what the future holds for you and wish you guys nothing but the absolute best.

“Of all fires, love is the only inexhaustible one.”- Pablo Neruda 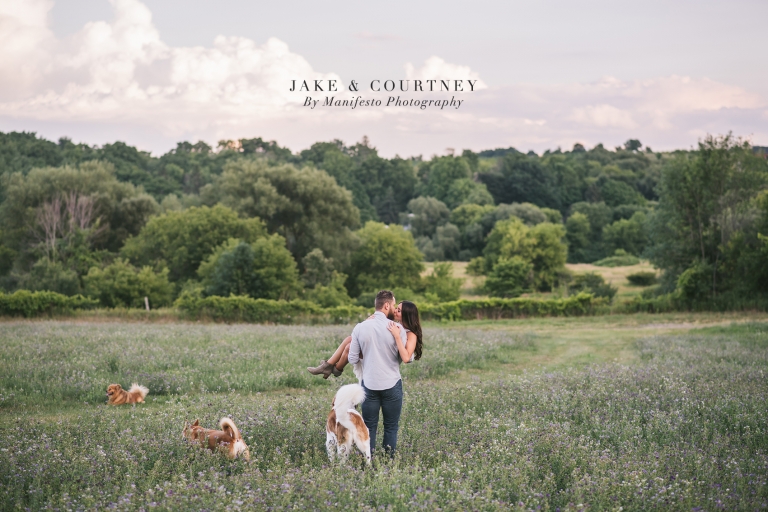 “From start to finish our time with Manifesto was so easy and fantastic they truly helped ease the stress of a soon to be bride. Before even meeting them we had gone over location, attire and brainstormed ideas for our shoot so when the time came it was so organized, they knew exactly what we were going to do and we were able to take full advantage of the time we had with them. We brought along with us our three crazy dogs who were a very important aspect to our photos and Manifesto highlighted them beautifully. Most importantly though, they were able to capture the love that myself and my husband share for each other. The photos were beyond what we could have ever imagined and our only regret is that we weren’t able to book them for our wedding day! We are so thankful we found them and the photos we have will be cherished forever!” – Courtney & Jake 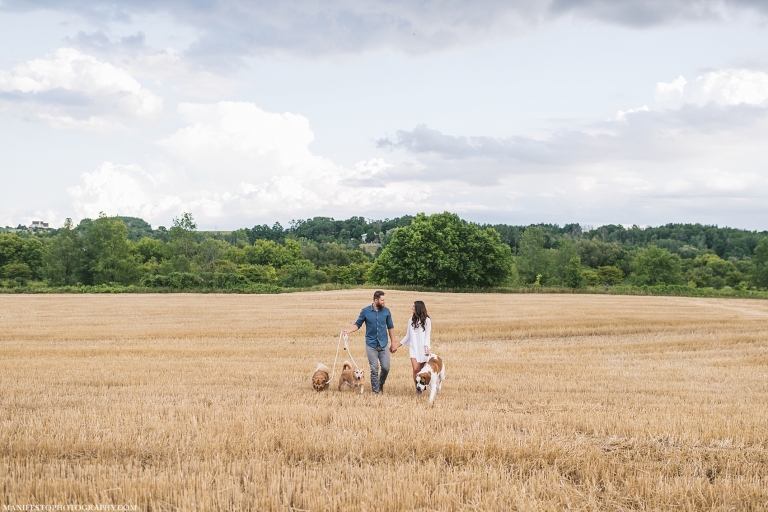 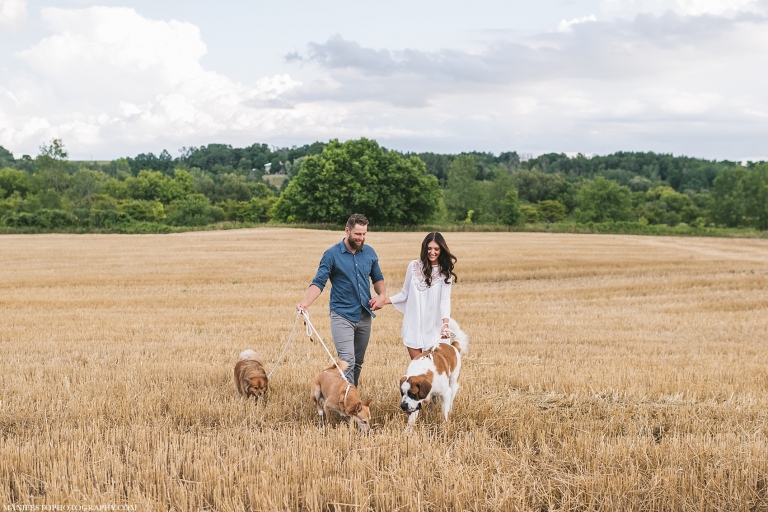 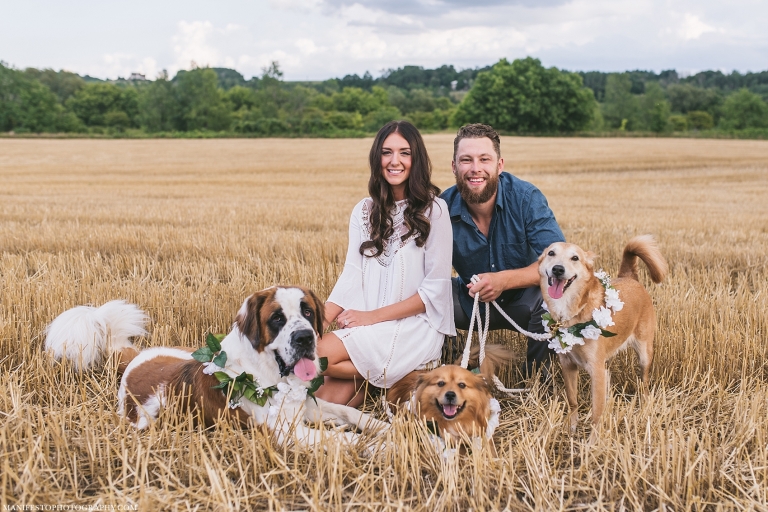 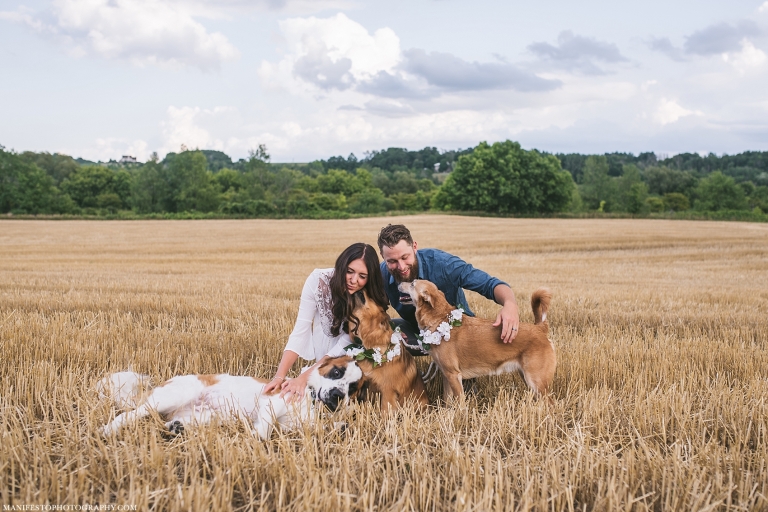 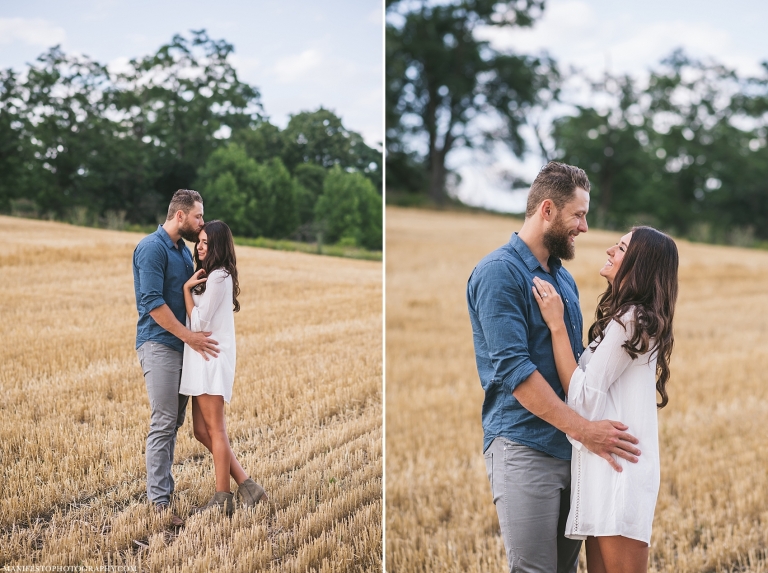 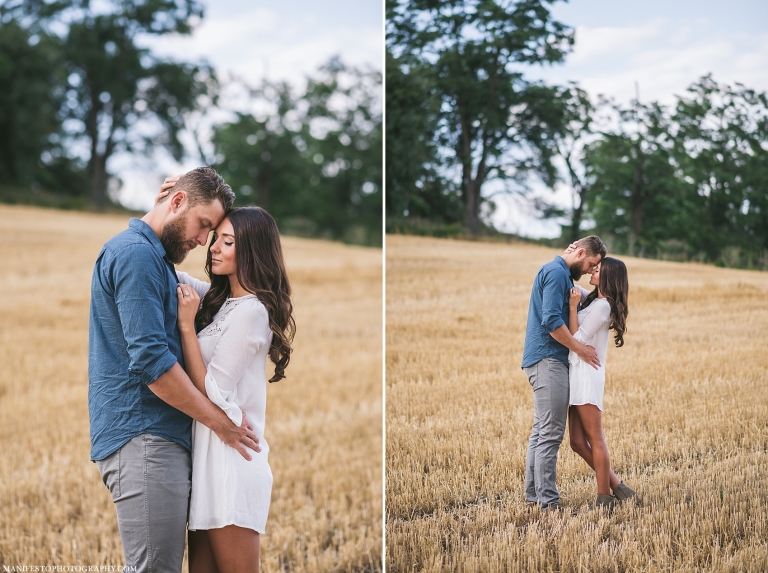 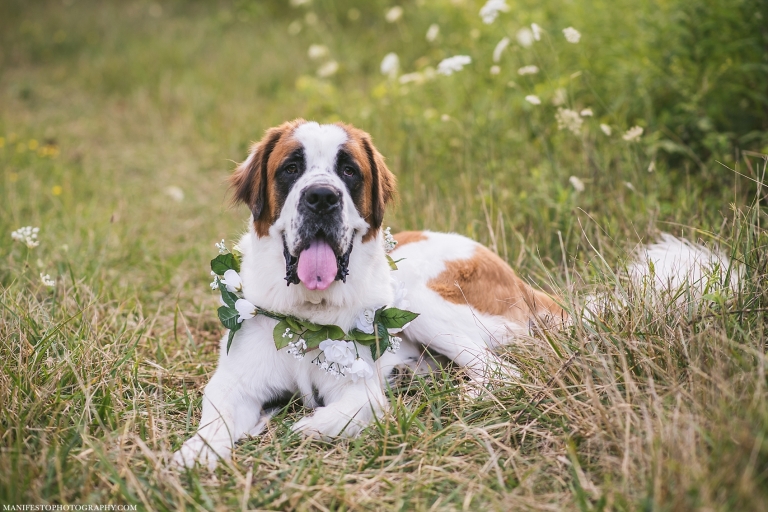 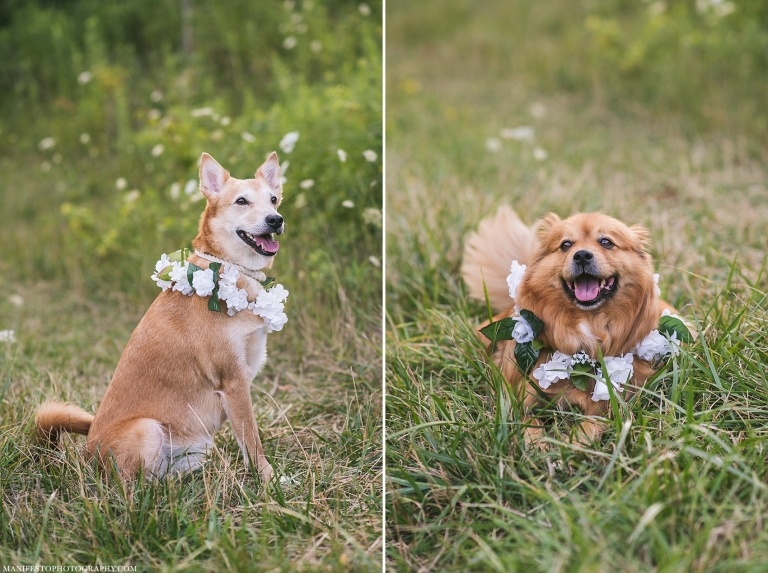 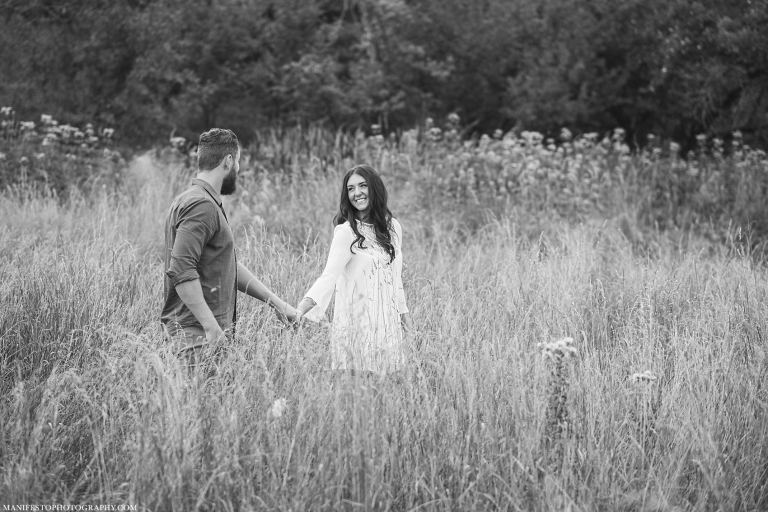 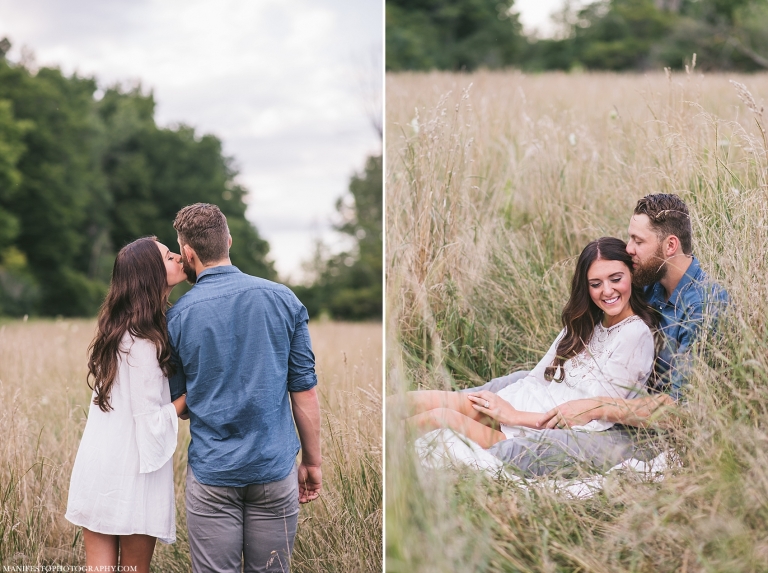 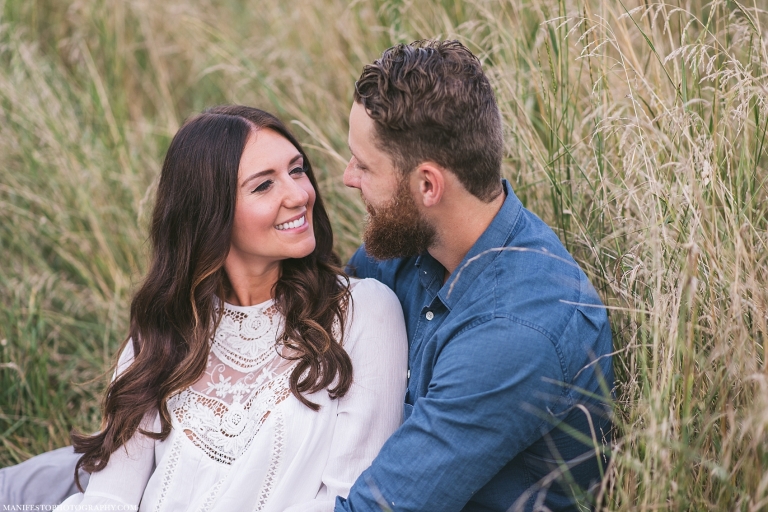 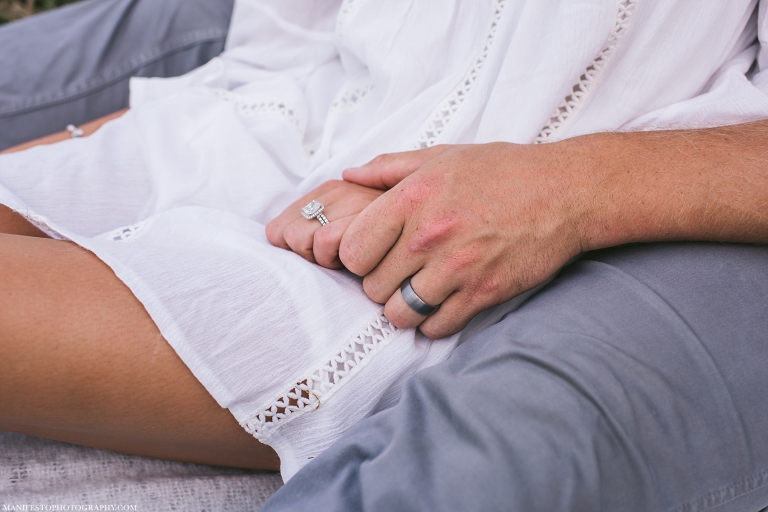 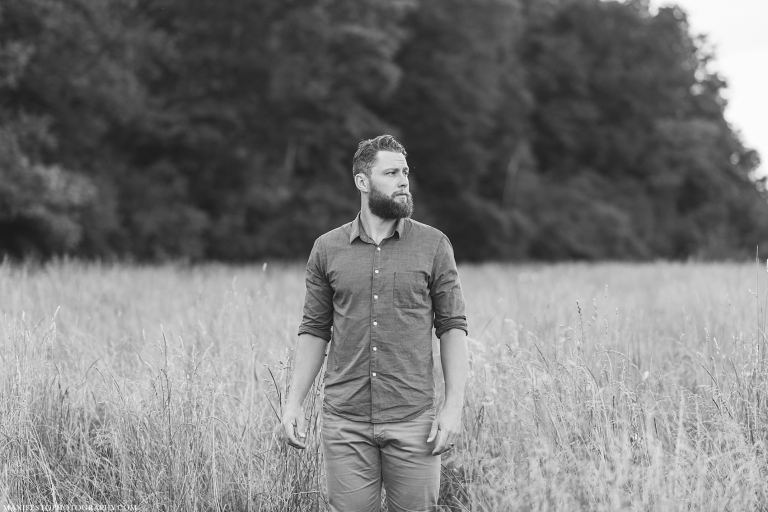 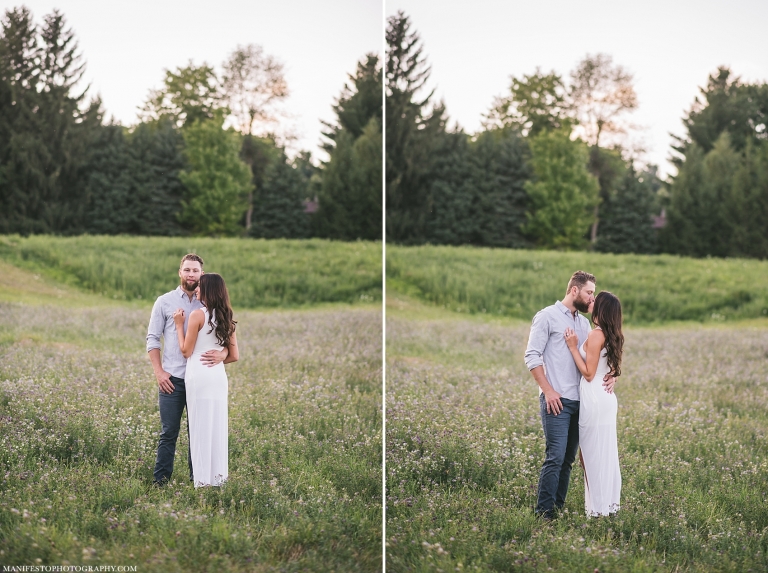 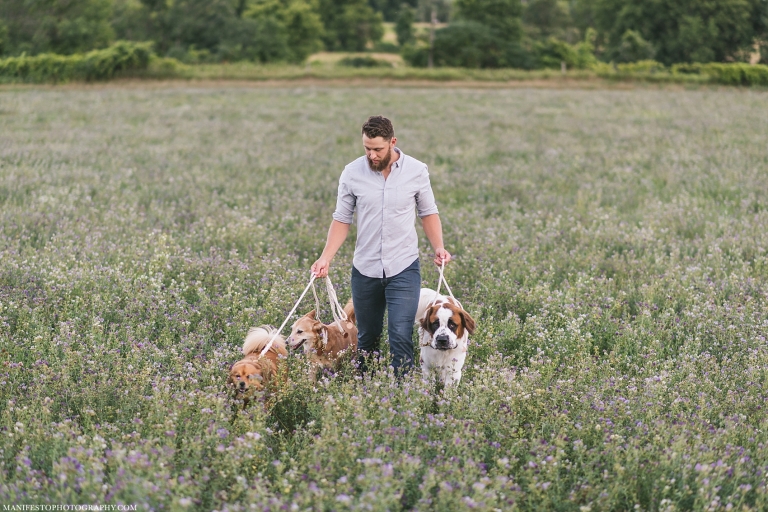 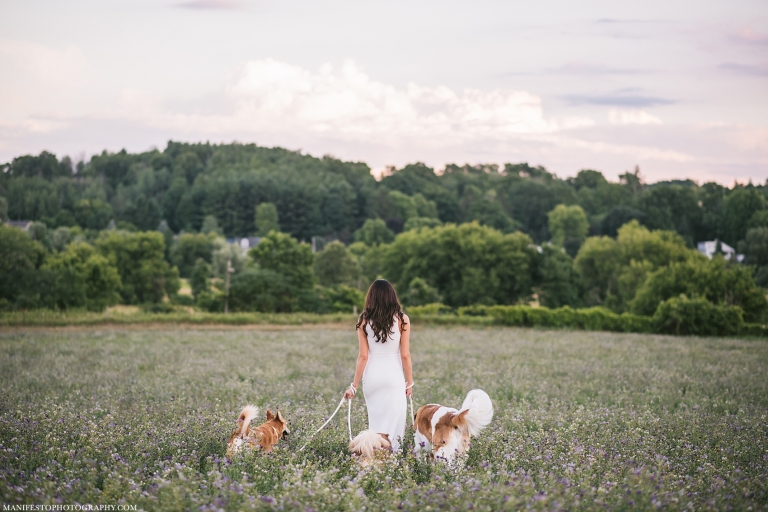 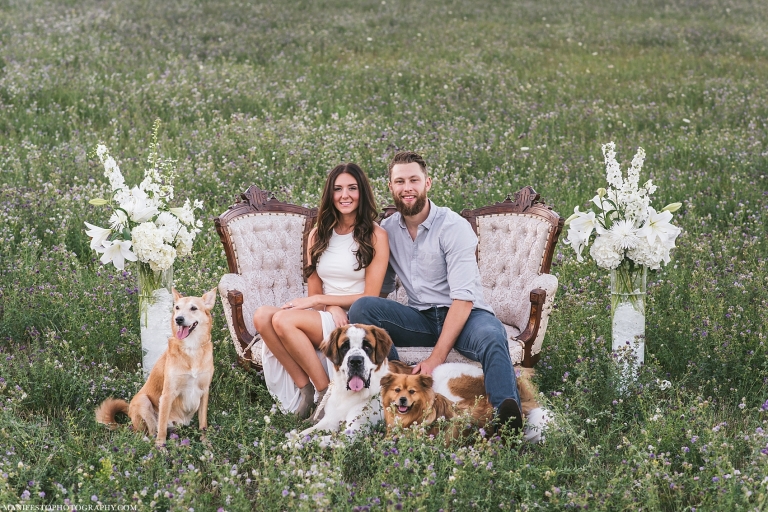 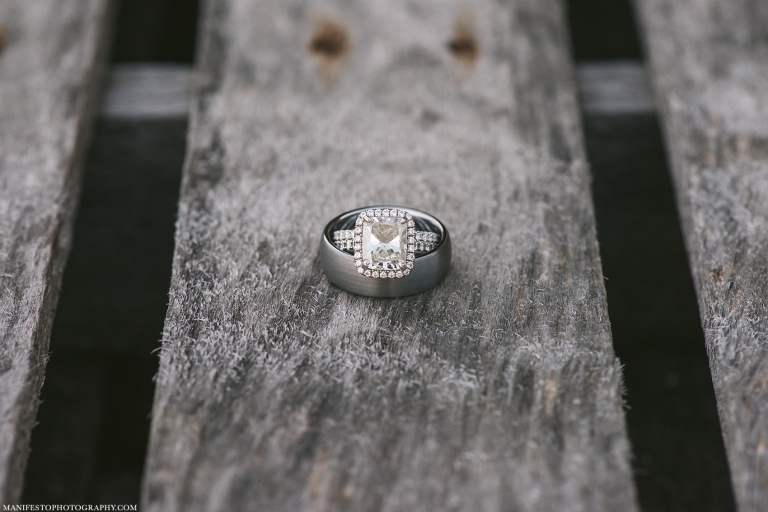 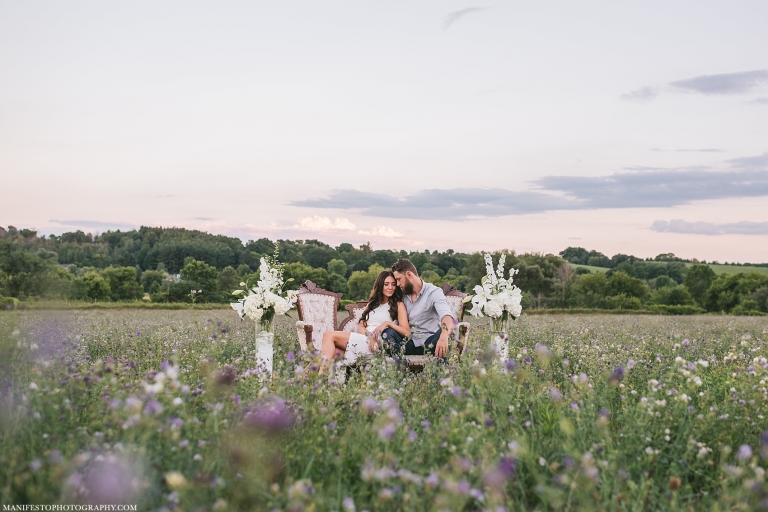 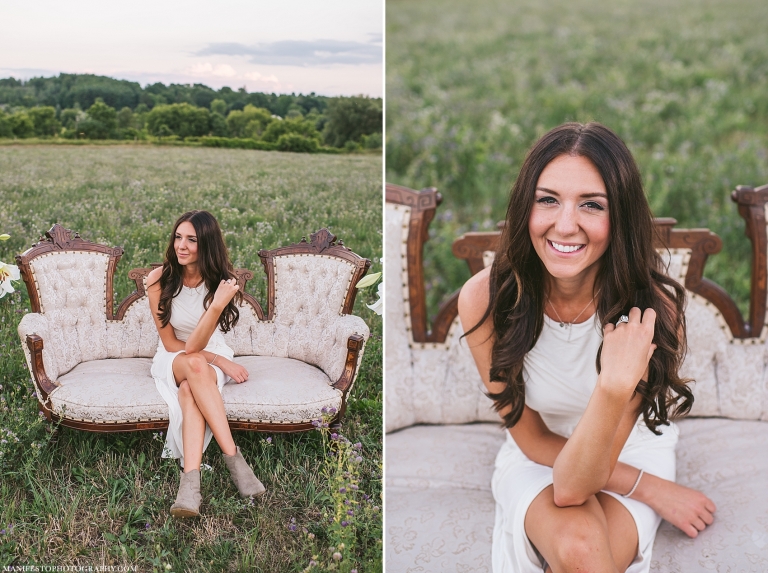 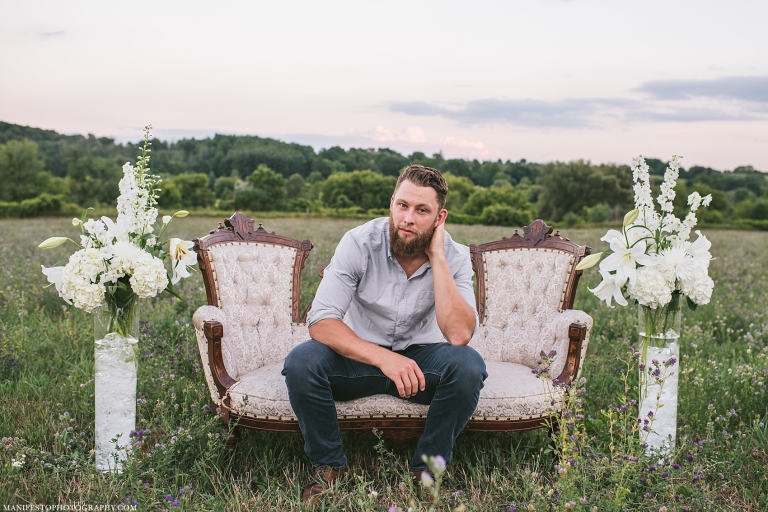 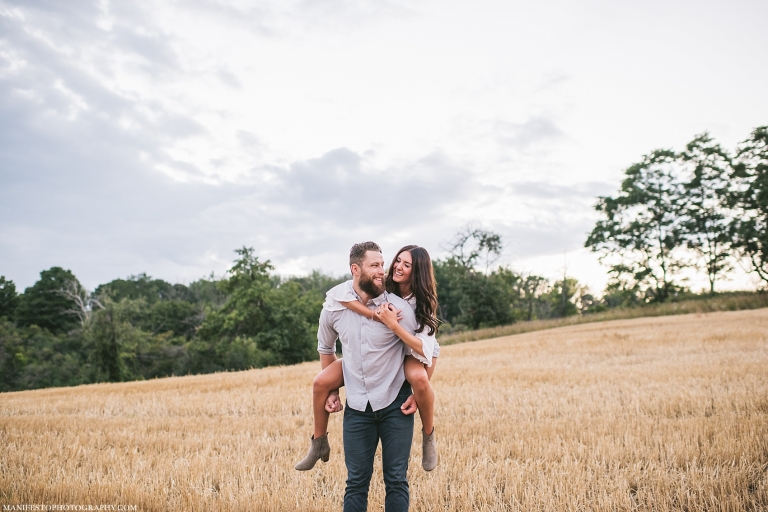 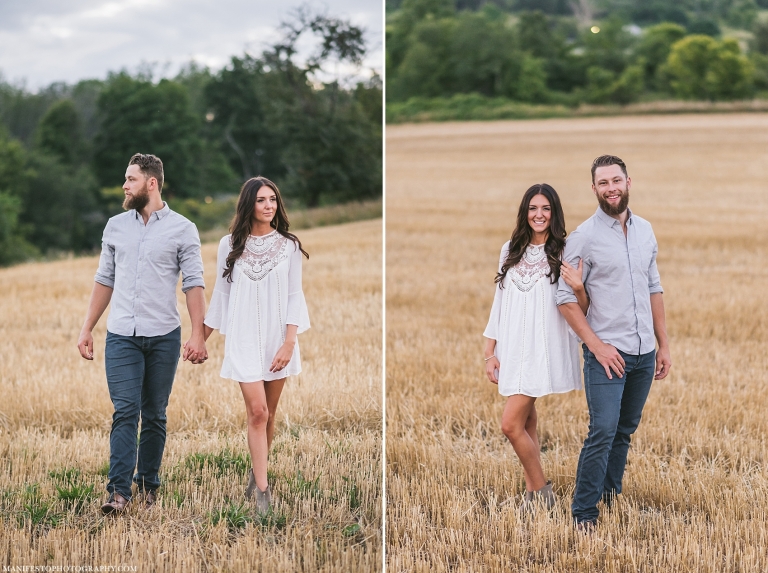 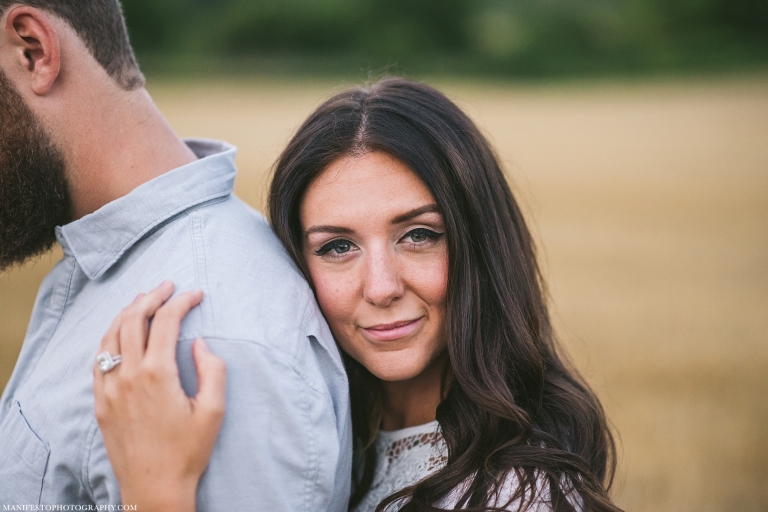 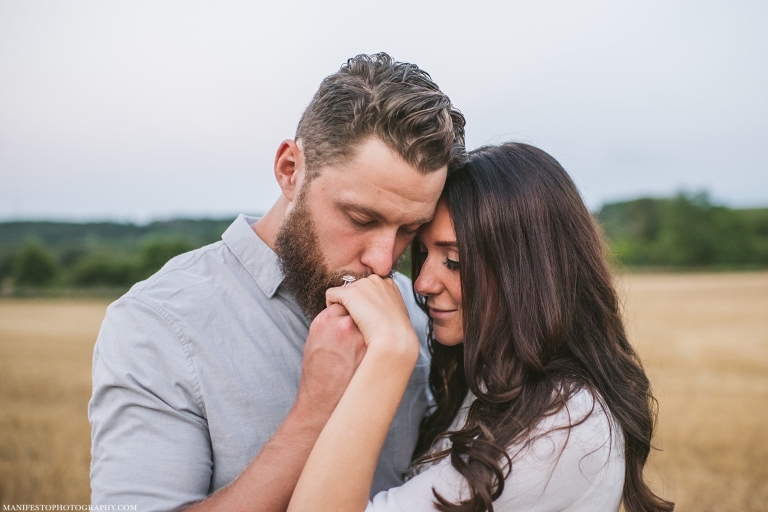 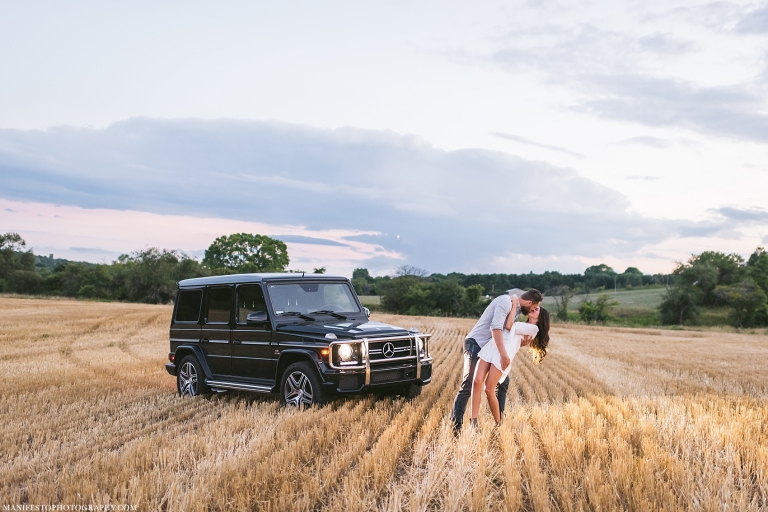 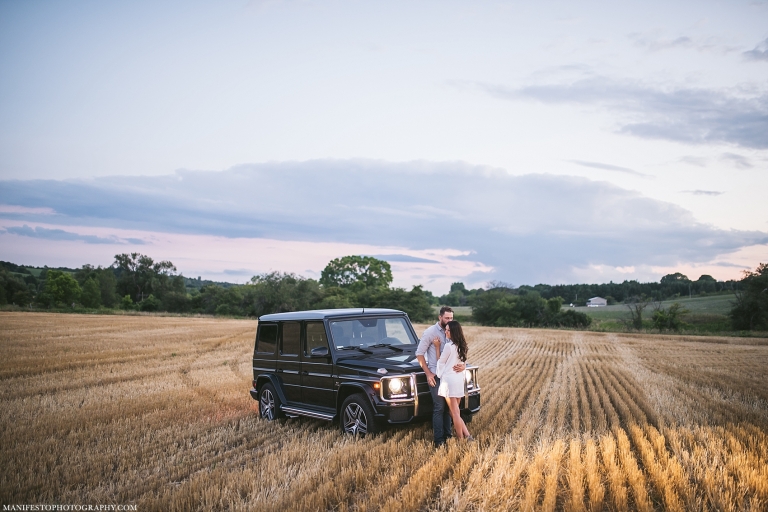